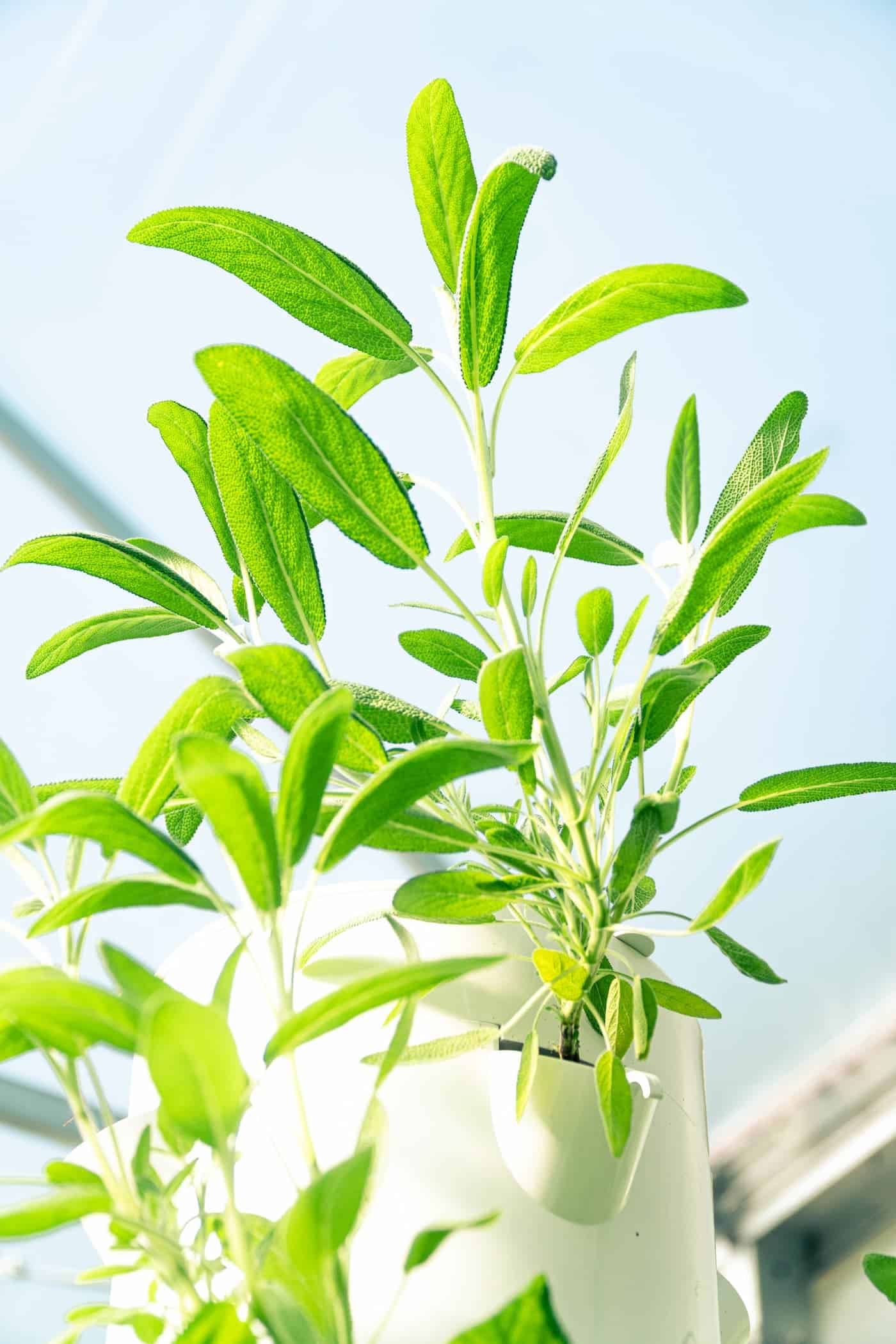 Salvia officinalis, the common sage or just sage, is a perennial, evergreen subshrub with woody stems, grayish leaves, and blue to purplish flowers. It is a member of the mint family Lamiaceae and native to the Mediterranean region, though it has been naturalized in many places worldwide. It has a long history of medicinal and culinary use, and in modern times it has been used as an ornamental garden plant. The common name “sage” is also used for closely related species and cultivars.

In Britain, sage has been listed as one of the essential herbs, along with parsley, rosemary, and thyme, for generations. It has a savory, slightly peppery flavor.

In British and American cooking, it is traditionally served as sage and onion stuffing, which accompanies roast turkey or chicken. Other dishes include pork casserole, Sage Derby cheese, and Lincolnshire sausages.