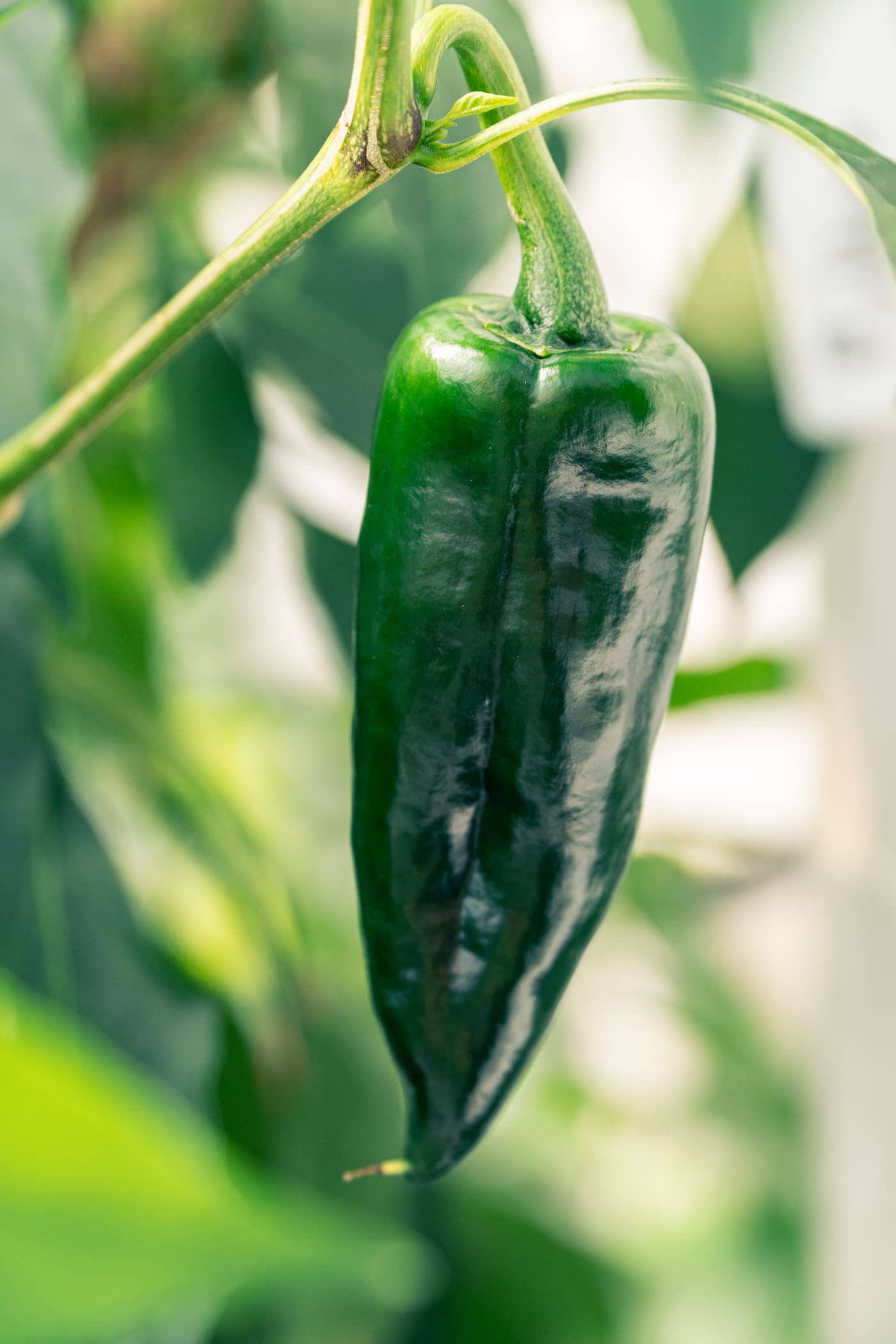 The poblano is a mild chili pepper originating in Puebla, Mexico. So dried, it is called ancho or chile ancho, from the Spanish word ancho. Stuffed fresh and roasted, it is popular in chiles Rellenos poblanos.

While poblanos tend to have a mild flavor, occasionally and unpredictably, they can have significant heat. Different peppers from the same plant have been reported to vary substantially in heat intensity. For example, the ripened red poblano is significantly hotter and more flavorful than the less ripe, green poblano.

Preparation methods include: dried, stuffed, in mole sauces, or coated in whipped egg (capeado) and fried.

Poblano peppers are preserved by either canning or freezing after being roasted and peeled (which improves the texture by removing the waxy skin). Storing them in airtight containers keeps them for several months. These dried ancho chiles are often ground into a powder used as a flavoring in various dishes.