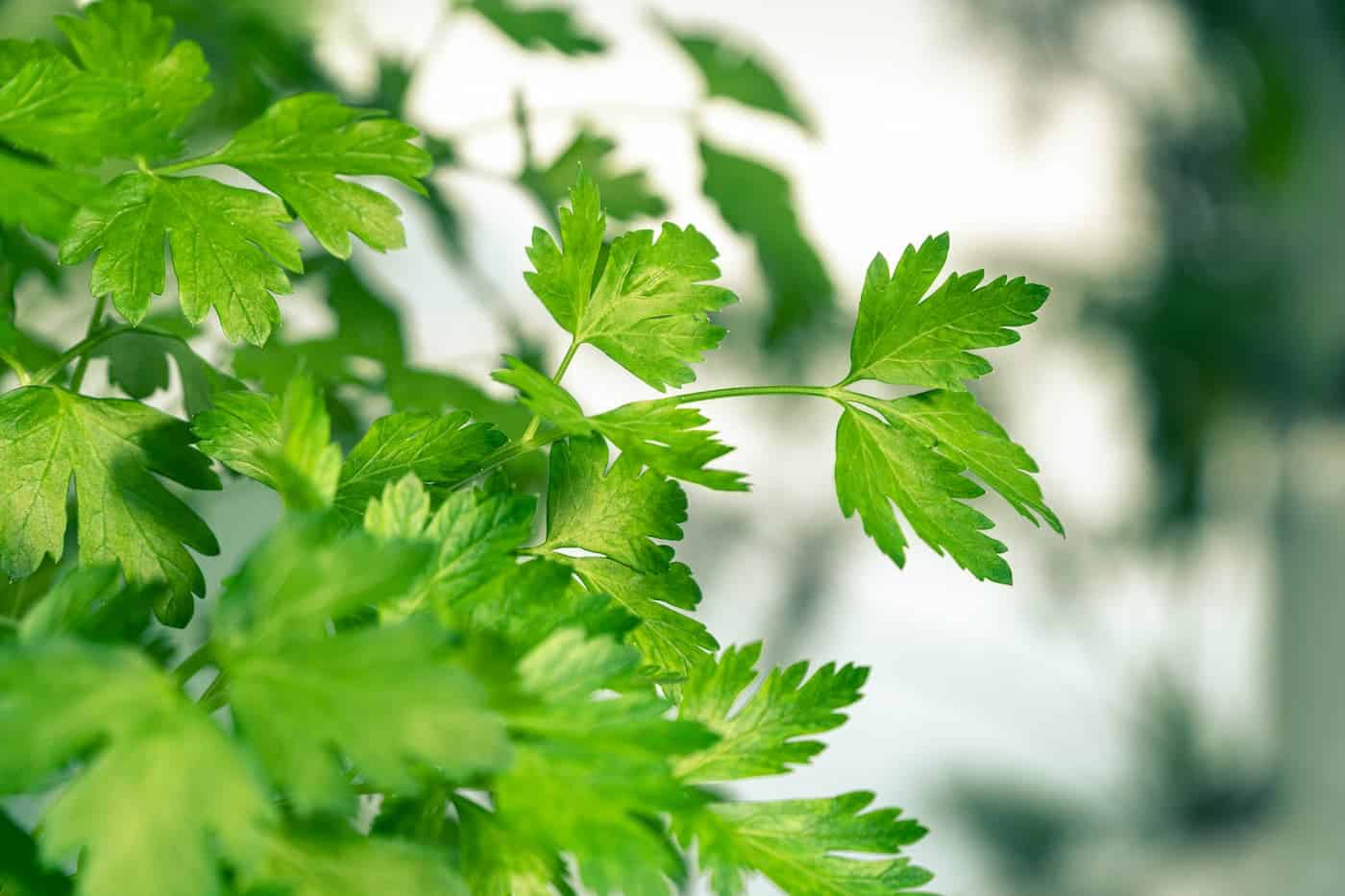 Parsley is a species of flowering plant in the family Apiaceae that is native to the central and eastern Mediterranean region (Sardinia, Lebanon, Israel, Cyprus, Turkey, southern Italy, Greece, Portugal, Spain, Malta, Morocco, Algeria, and Tunisia), but has been naturalized elsewhere in Europe, and is widely cultivated as a herb, and a vegetable.