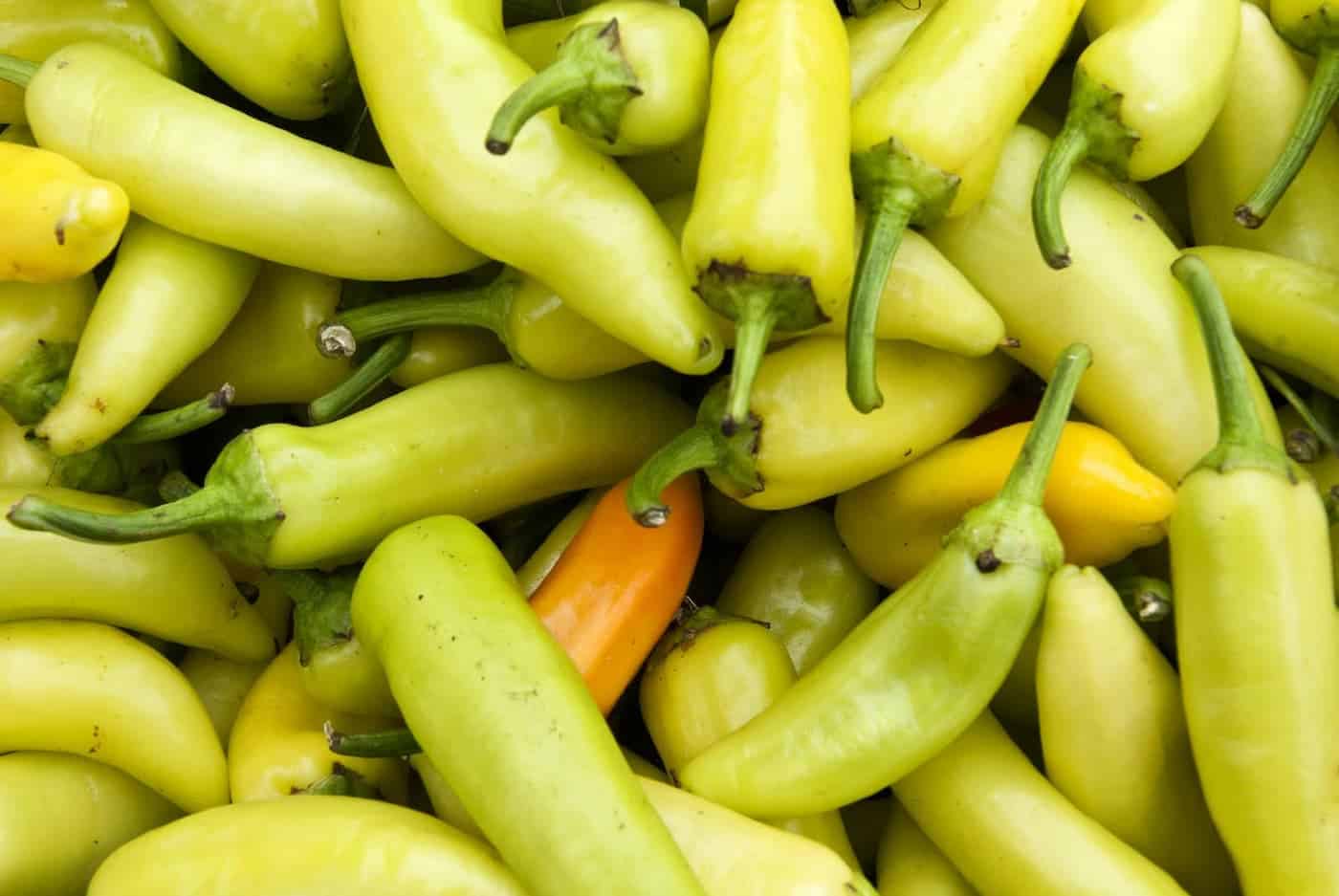 The banana pepper is a medium-sized member of the chili pepper family with a mild, tangy taste. While typically bright yellow, it is possible for them to change to green, red, or orange as they ripen. It is often pickled, stuffed, or used as a raw ingredient in foods. It is a cultivar of the species Capsicum annuum. Its flavor is not very hot (0–500 Scoville units), and, as is the case with most peppers, its heat depends on the maturity of the pepper, with the ripest being sweeter than younger ones.