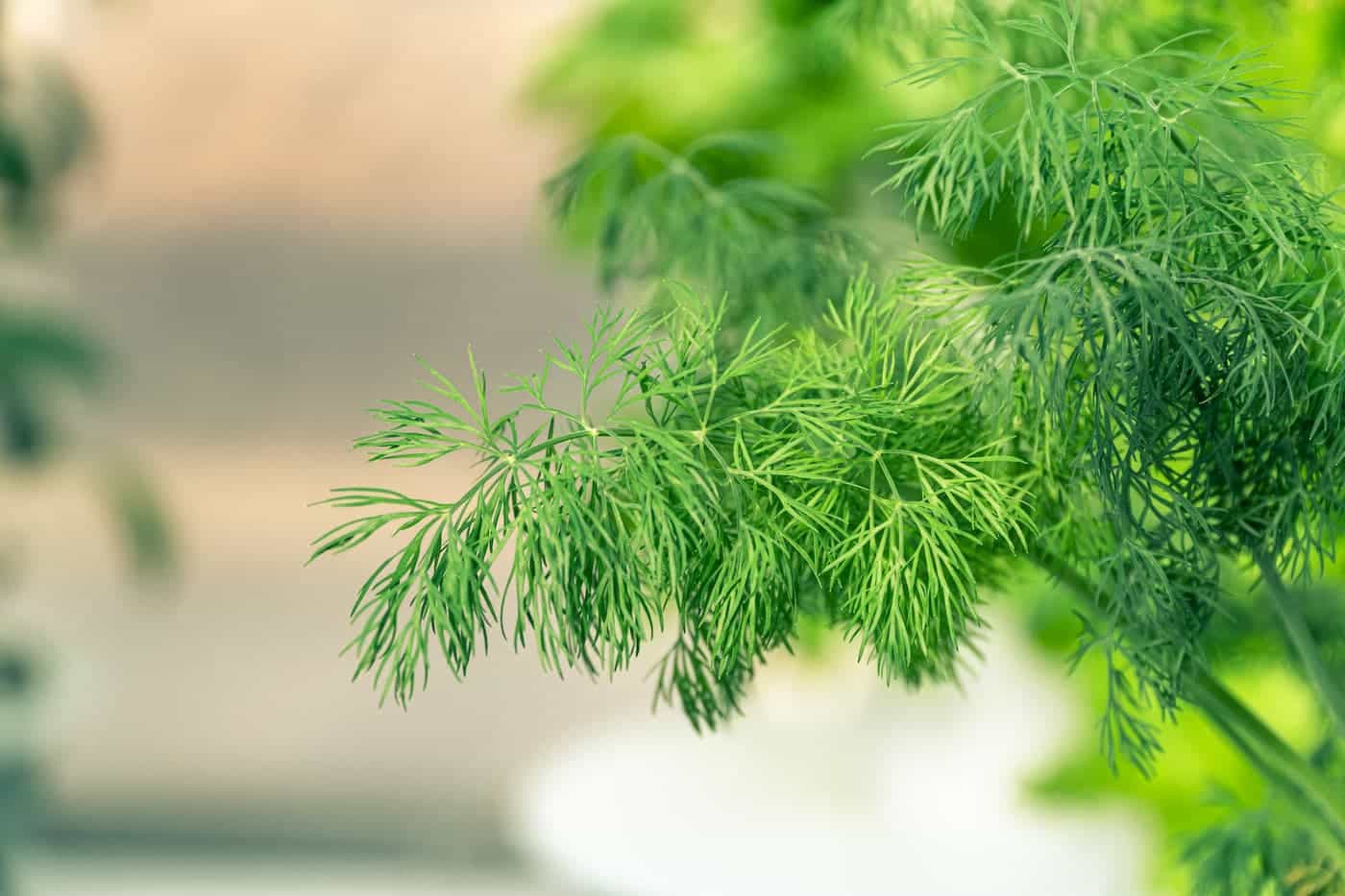 The dill plant provides feathery green leaves for the dill weed herb, while the flat, oval fruits make the dill seed spice. It’s an annual herb related to celery that tends to replant itself and spread widely, which is good to know if you’re considering planting it in your garden.

Like caraway, the fern-like leaves of dill are aromatic and are used to flavor many foods such as cured salmon) and other fish dishes, borscht, and other soups, as well as pickles. Dill is best when used fresh, as it loses its flavor rapidly if dried. However, freeze-dried dill leaves retain their flavor relatively well for a few months.

Freshly, finely cut dill leaves are used as a topping in soups, especially the hot red borsht and the cold borsht mixed with curds, kefir, yogurt, or sour cream.