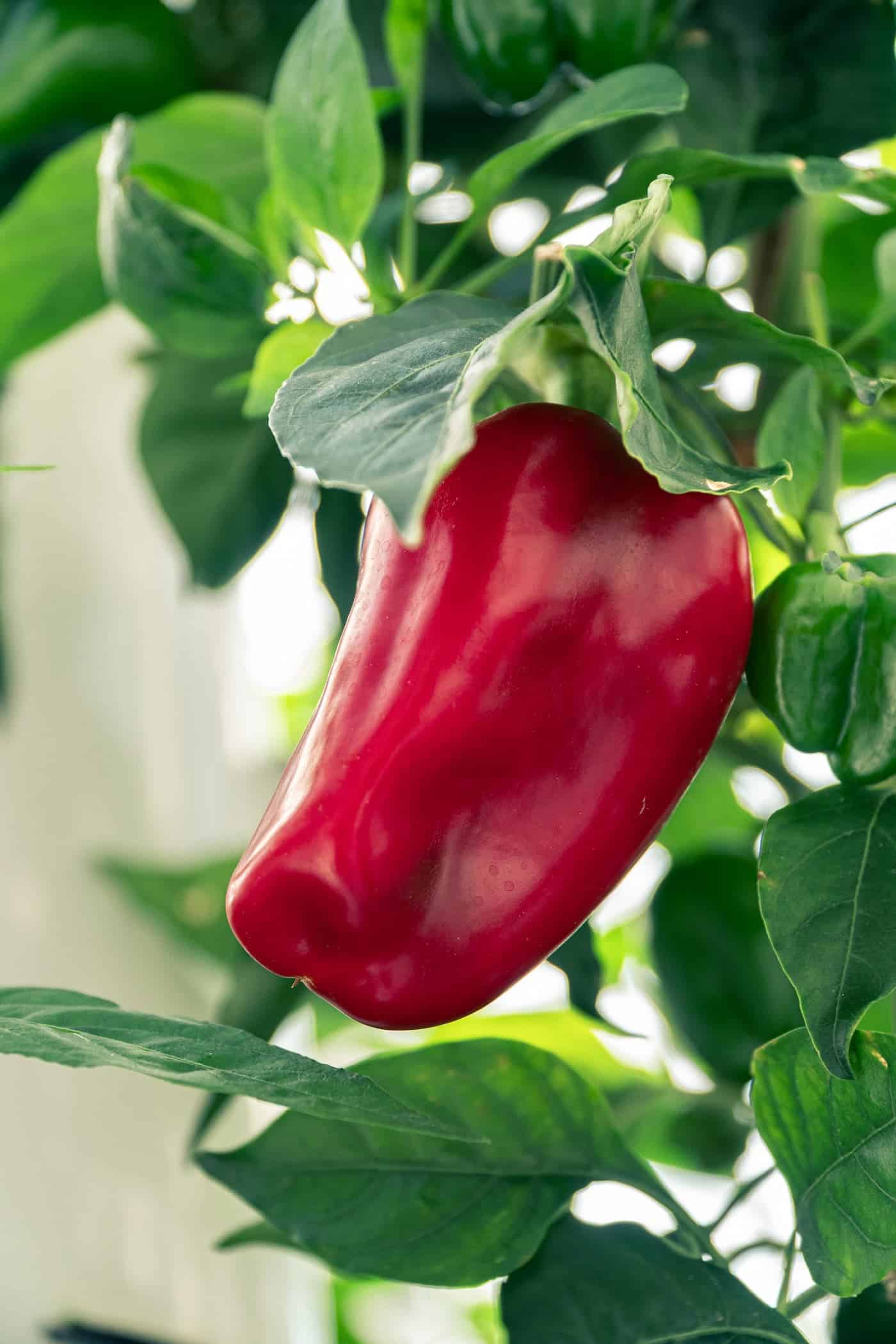 The bell pepper is the fruit of plants in the Grossum cultivar group of the species Capsicum annuum. Cultivars of the plant produce fruits in different colors, including red, yellow, orange, green, white, and purple. Bell peppers are sometimes grouped with less pungent chili varieties as “sweet peppers.” While they are fruits—botanically classified as berries—they are commonly used as a vegetable ingredient or side dish. The fruits of the Capsicum genus are categorized as chili peppers.

Like the tomato, bell peppers are botanical fruits but culinary vegetables. Pieces of bell pepper are commonly used in garden salads and as toppings on pizza. There are many varieties of stuffed peppers prepared using hollowed or halved bell peppers. In addition, Bell peppers may be used to produce paprika.