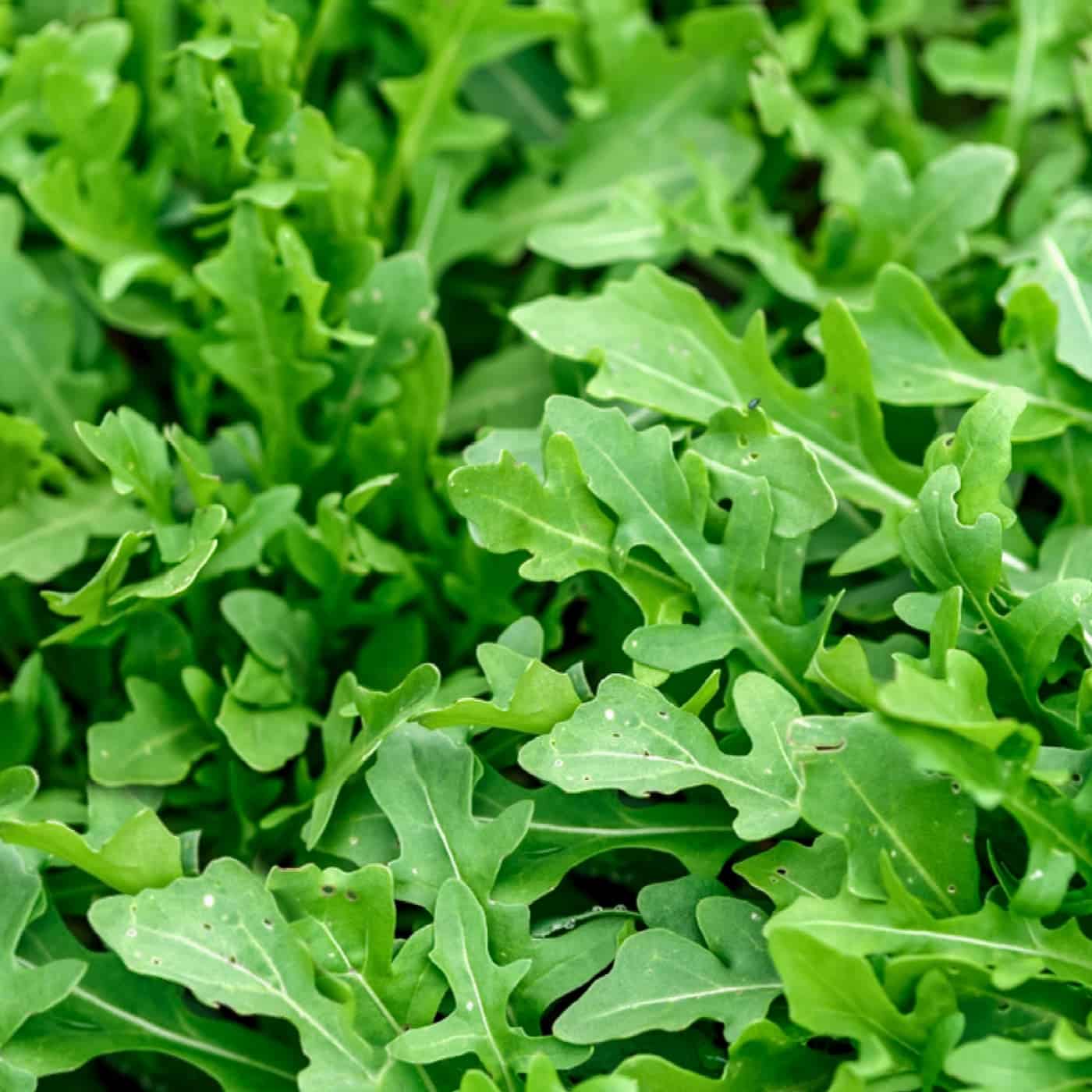 Arugula was traditionally collected in the wild or grown in home gardens and such herbs as parsley and basil. It is now grown commercially in many places and is available for purchase in supermarkets and farmers’ markets worldwide. It is also naturalized as a wild plant away from its native range in temperate regions worldwide, including northern Europe and North America.

Arugula is often added to a pizza at the end or just after baking. It is also used cooked in Apulia, in southern Italy, to make the pasta dish cavatiéddi, “in which large amounts of coarsely chopped are added to pasta seasoned with a homemade reduced tomato sauce and pecorino.”

In many recipes, it is added, chopped, to sauces and cooked dishes” or in a sauce (made by frying it in olive oil and garlic) used as a condiment for cold meats and fish.

It is often combined with boiled potatoes or used in a soup.